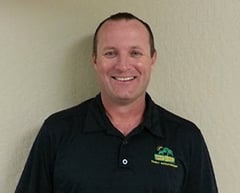 April 19, 1993 is an important date for Craig Buster. That was his first day as a go-kart employee at Wild Island Family Adventure Park, but he knew right away that he could have an impact on the facility. "Within two weeks, I decided to go to our owner and tell him I could do a better job and run the place," commented Craig. He did just that, and his bold move was rewarded. The owner terminated Craig's boss and gave Craig his old position, running the three go-kart tracks. As time went on, he gradually took on more responsibilities, running the miniature golf course and the redemption arcade. Within another ten years, Wild Island added a roller coaster and the indoor facility, both of which fell under Craig's supervision. At that point, he was promoted to General Manager of Wild Island, and he's held that roll the past 12 years.

As General Manager, Craig is heavily involved in daily operations; working with groups, managing staff, reviewing marketing efforts, and managing new attraction roll-outs. The most challenging aspect of his daily job is also his favorite; mentoring his staff. He has several managers and well over 100 employees that work at Wild Island. "I just love that contact with somebody and watching them being able to grow." His focus on building relationships with his employees has paid off, as the majority of his management staff are people who have moved up in the ranks and stayed with the company. 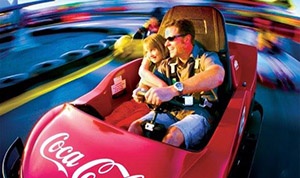 Having a focused staff is a huge component to any company's success, but Craig attributes Wild Island's success to their three main values: customer service, safety, and cleanliness. "Our indoor facility has been open eleven years, and it looks brand new because we constantly repaint and take care of all those little things." Craig also firmly believes in adding a new attraction every three years to prevent the business from becoming stagnant. "A new attraction really adds the element of 'Oh, that place is cool.' And they'll come back and experience some of the other attractions as well."

Even the most successful companies can look back and see things they would have done differently. Several years ago, Wild Island expanded the indoor facility from 42,000 square feet to 72,000 square feet. To accommodate the expansion, they purchased another building adjacent to their own and renovated it. Looking back, Craig wishes they would have torn it down and built everything new from the ground up because it would have been cheaper in the long run. Craig said that with old buildings, "the amount of maintenance you spend over a 5-10 year period, you probably could have just bought a new building. Everything just gets antiquated and old, or it wears out."

With 72,000 square feet of indoor space alone, Wild Island has a huge variety of attractions, games, and activities for guests. Of all their attractions, the best in terms of overall revenue is the High Ballocity play structure. "Ninety percent of our birthday parties are here for that." In fact, when the indoor facility expanded, they also expanded the play structure, and the birthday parties doubled. "Over the last 3 years, we've averaged a 15% increase in sales for birthday parties each year." Party Center Software was able to scale with his business as they continued booking more and more parties.

Looking toward the future, Craig believes the outlook for the industry is bright. "There will always be some new ride or new ideas that come out." Plus, in his eyes, there will always be a need for good, clean fun for families. When it comes to the future of his own facility, they will be adding an XD Theater in early fall of this year. In addition, they hope to also add a slide to the water park, but that hasn't been finalized. As part of a larger 10-year plan, they have thought about adding a hotel or RV park to their property in order to expand the idea of a destination entertainment venue. 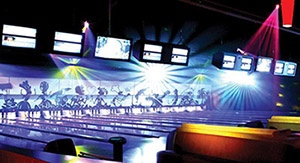 During his tenure at Wild Island, Craig has spent a lot of time traveling around the country to visit other facilities. He recommends that any new operators or entrepreneurs do this as well. "It's amazing how many people in this industry will take 4 hours out of their day to walk you around and show you all the little nuances of their facility." In addition, he says that research at trade shows and educational events is paramount to running a successful business.

All of the research that Craig has done for his facility has clearly paid off. The business has been consistently growing over the years and adding more family-friendly attractions and activities. If past performance predicts the future, then it would seem that Wild Island will have many years of success to come.

These Stories on Bowling

How to Leverage the Power of Partnerships in Your Marketplace