It’s blowing up. With 7.5 million downloads and counting, Pokémon Go is already destroying some of the world’s biggest apps.

If you’ve been in public places the past few days, you may have already noticed the beginning of the zombie apocalypse.

When you compare the popularity of search terms on Google Trends to other games like Words with Friends, Candy Crush, and Minecraft, it’s amazing how quickly Pokémon Go has gained mindshare and awareness.

Is Pokémon Go just a fad? Will its popularity fizzle out just as quickly as it started? Or does it mark the beginning of something bigger?

I’m not a futurist by any means, but here are 5 predictions from the Pokémon Go Effect:

#1 App developers will charge businesses to draw people into their stores.

Similar to Facebook, Niantic Labs and The Pokémon Company have created a platform where entertainment and marketing intersect. The game developers will charge local businesses to place a Pokéstop at their location.

They can track the number of people who check in and charge businesses for every check-in.

If you owned a bowling alley or laser tag facility, wouldn’t you pay to draw a steady stream of foot traffic to your facility?

There are countless entities that have raving fans. It’s only a matter of time when we start seeing other mobile augmented reality games. Will Marvel or DC Comics join the race? Is it going to be Star Wars?

#3 There will be a resurgence in face computers.

Do you remember Google Glass? It was ahead of its time but didn’t gain traction since the application wasn’t specific enough for a mass audience. Instead of calling people who use it, “Glassholes” it can actually be cool to wear them while you’re playing Pokémon Go. It’s better than being a zombie. 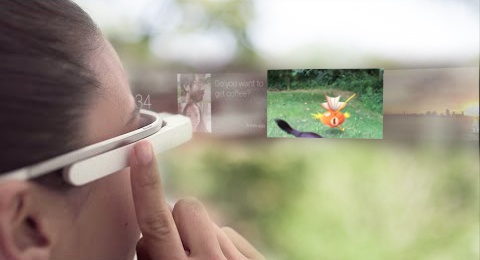 #4 It will lead to revenue generation opportunities (for some businesses).

Business agility is the "distinct qualities that allow organizations to respond rapidly to changes in the internal and external environment without losing momentum or vision.” For those who practice business agility to lure customers in and create a great experience, it can lead to a sustained revenue growth. Getting people to your location is half the battle. What businesses do with the potential customers is the other half.

#5 It will teach people responsible use of technologies.

I love how the app encourages people to get out of the house and exercise. A handful of parents I've talked to have mentioned how their teenagers have been doing a lot more walking lately.

Sure, the game has bugs and is sending people to weird locations. It’s unfortunate that people would use this as an opportunity to commit robberies. This is all part of the evolutionary process for society.

It’s up to every individual to use technologies to power social good. Wouldn’t it be amazing if we can replace global conflict with a friendly Pokémon Go battle?

I’m a big fan of innovation and emerging technologies. I see the evolution of technologies as an evolution of thoughts combined with our ability to take action. My hope is that the global community sees it as an opportunity to do great things for humanity.

Get the Latest Blogs Delivered to Your Inbox